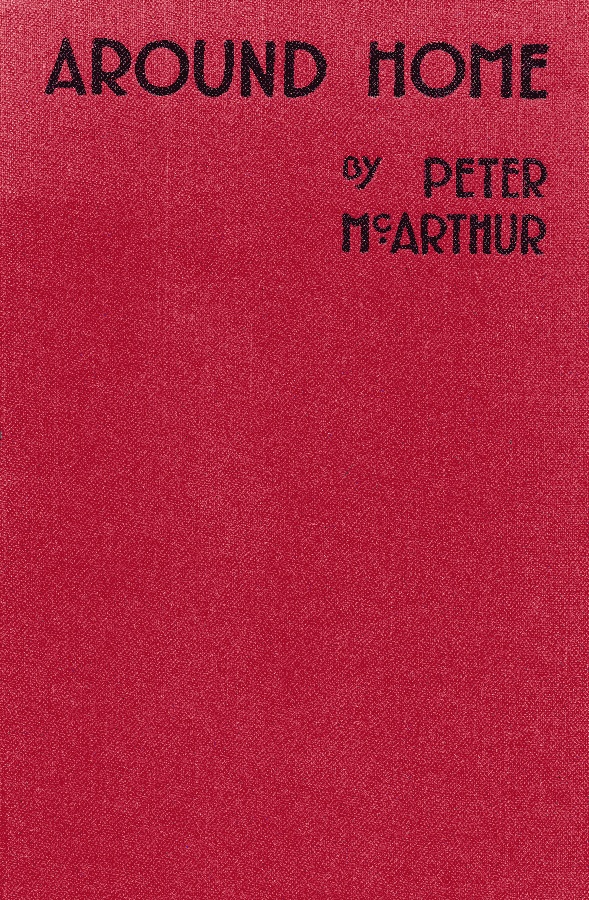 Peter McArthur (1866-1924) was a Canadian writer. Born in farming country in Middlesex County, Ontario, early in his life he started on a writing career, joining the Toronto Mail as a reporter in 1890. He found he had a knack for writing humour and submitted jokes and satirical essays to periodicals of the time. In 1902 he went to England where he wrote for Punch. After a failed business venture in New York, he returned to his farm home but still submitted articles and essays to magazines. In 1903 he published an essay called To Be Taken With Salt: On Teaching One's Grandmother to Suck Eggs, a satire on Canadian-British relations. Future books and essays began to feature stories of farm life - he was an advocate of 'back-to-the-land' agrarianism. In the 1920s he stopped writing after he joined a rural trust company as an executive. He lived out the rest of his life selling insurance to farmers. (Oxford Companion to Canadian Literature)