All Else Is Folly. A Tale of War and Passion. 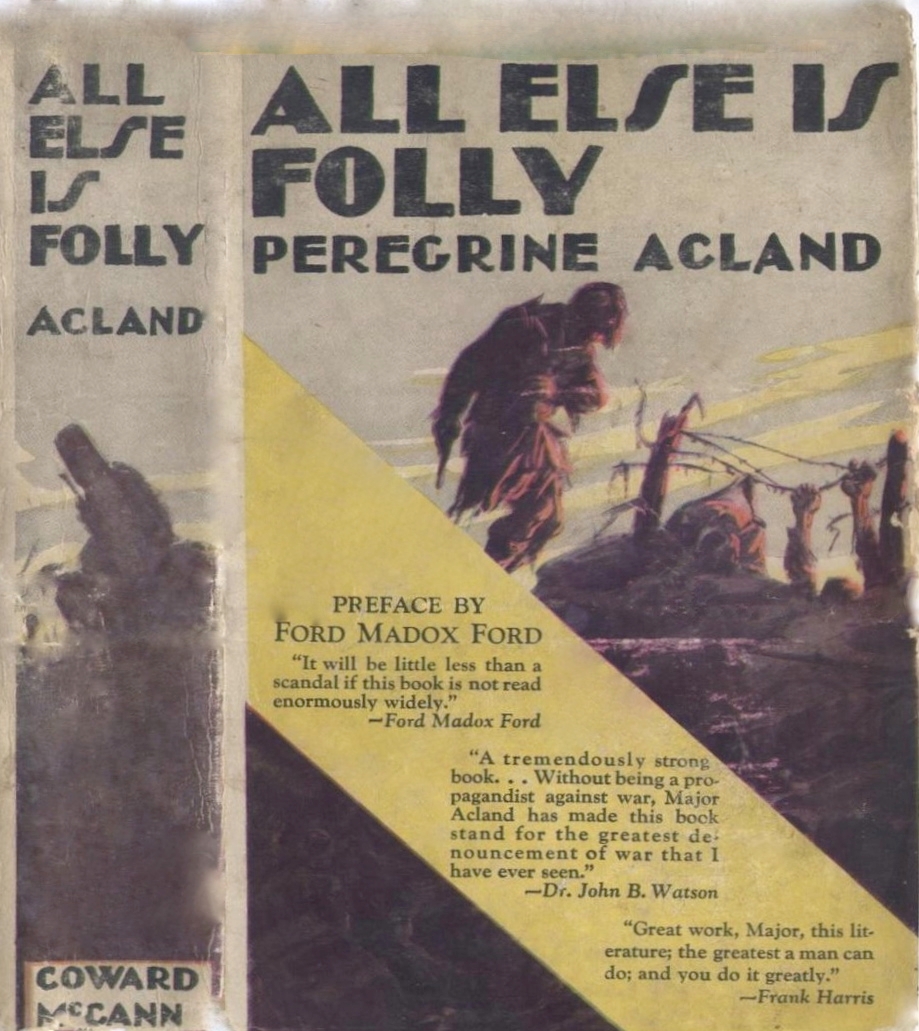 Peregrine Palmer Acland (1891-1963) was a Canadian author. Born in Toronto, he attended Upper Canada College. He graduated in 1913 but shortly thereafter he enlisted in the army at the start of World War I. He fought and was wounded in the Battle of the Somme in 1916. He served as military instructor for the remainder of the war. He is known for his one novel, "All Else is Folly: A Tale of War and Passion" which was highly praised for its vivid portrayal of trench warfare. (Library and Archives Canada)