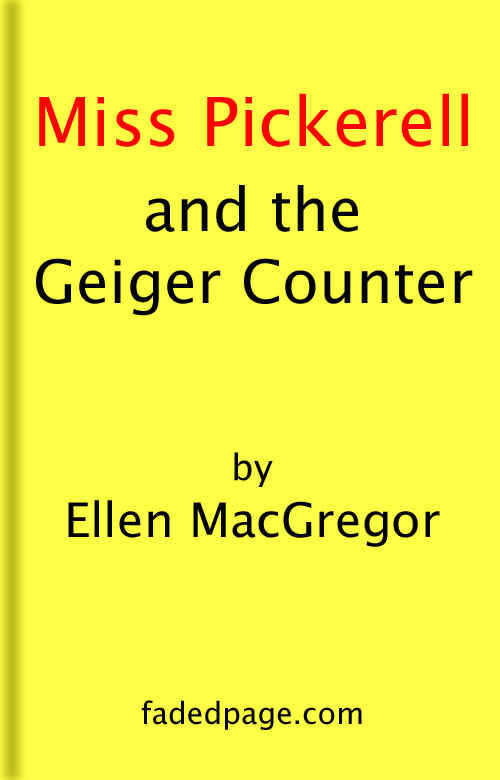 MacGregor began to write for publication in 1946. A story that she submitted at that time for a class at the Midwestern Writers Conference was later published as the book Tommy and the Telephone. The first appearance of Miss Pickerell, her famous and quirky major character was in the short story "Swept her into Space", published in Liberty during 1950. She expanded it to book length, published in 1951 as Miss Pickerell Goes to Mars, a science fiction novel for children. MacGregor's goal was to provide fantasy literature with correct (for the time) scientific facts that would appeal to children. Miss Pickerell was well received by critics, such as Virginia Kirkus, who wrote: "A lively novelty. Fact and fancy in a new venture for this age group." It was also released as the initial selection of the new Weekly Reader Children's Book Club. Three other Miss Pickerell adventures followed before MacGregor's early death.

Besides these books, many of MacGregor's stories appeared in magazines of that period, such as Story World, The Instructor, and Christian Home.