Ben, the Luggage Boy, or, Among the Wharves 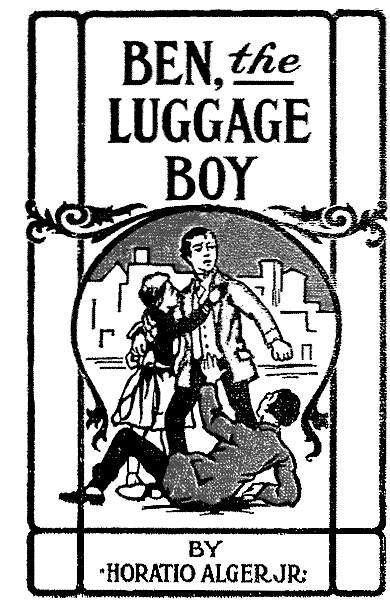 Horatio Alger (1832-1899) was an American author. Born in Massachusetts he graduated from Harvard's divinity school and became a Unitarian minister. He was ousted due to immoral relations with choir boys. Before and during his abortive religious career, he started writing books for boys. He ended up in New York City where he continued as chaplain for the Newsboys' Lodging House. He wrote over 130 novels most based on the theme that poverty and temptation inevitably leads a boy to wealth and fame. His most famous books were the Ragged Dick series and the Tattered Tom series. Over 20,000,000 copies of his books were printed. (Oxford Companion to American Literature)