A Little Book of Profitable Tales 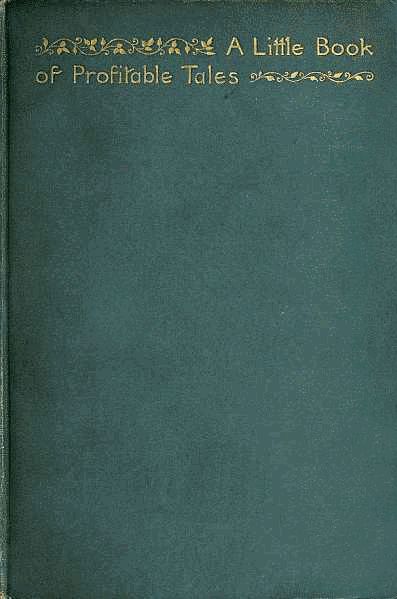 Eugene Field, Sr. (September 2, 1850 – November 4, 1895) was an American writer, best known for his children's poetry and humorous essays. He was known as the "poet of childhood."

In 1883 Field moved to Chicago where he wrote a humorous newspaper column called Sharps and Flats for the Chicago Daily News. His home in Chicago was near the intersection of N. Clarendon and W. Hutchinson in the neighborhood now known as Buena Park.

The Sharps and Flats column ran in the newspaper's morning edition. In it, Field made quips about issues and personalities of the day, especially in the arts and literature. A pet subject was the intellectual greatness of Chicago, especially compared to Boston. In April 1887, Field wrote, "While Chicago is humping herself in the interests of literature, art and the sciences, vain old Boston is frivoling away her precious time in an attempted renaissance of the cod fisheries." Also that year, Chicago's National League baseball club sold future baseball Hall of Famer Mike "King" Kelly to Boston, and coincidentally soon after, famous Boston poet and diplomat James Russell Lowell made a speaking tour of Chicago. "Chicago feels a special interest in Mr. Lowell at this particular time because he is perhaps the foremost representative of the enterprising and opulent community which within the last week has secured the services of one of Chicago's honored sons for the base-ball season of 1887," Field wrote. "The fact that Boston has come to Chicago for the captain of her baseball nine has reinvigorated the bonds of affection between the metropolis of the Bay state [sic] and the metropolis of the mighty west; the truth of this will appear in the mighty welcome which our public will give Mr. Lowell next Tuesday."

Field first started publishing poetry in 1879, when his poem "Christmas Treasures" appeared in A Little Book of Western Verse. Over a dozen volumes of poetry followed and he became well known for his light-hearted poems for children, among the most famous of which are "Wynken, Blynken, and Nod" and "The Duel" (which is perhaps better known as "The Gingham Dog and the Calico Cat"). Equally famous is his poem about the death of a child, "Little Boy Blue". Field also published a number of short stories, including "The Holy Cross" and "Daniel and the Devil."