Doreen, The Story of a Singer 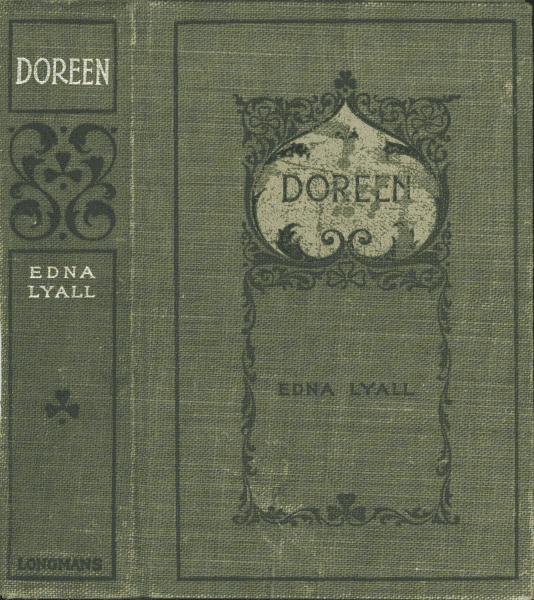 Ada Ellen Bayly (1857-1903) was a British author who wrote under the pseudonym Edna Lyall (a mash-up of 9 letters from her three names). Both her parents died when she was a child and she was raised in the home of an uncle and in boarding schools. Her entire life was spent in the homes of her two sisters both of whom married clergymen. The religious environment informed much of her writing.

Her first book "Won by Waiting" published in 1879 went unnoticed until her subsequent reputation prompted over 13 reprint editions. "Donovan" published in 1882 about an agnostic who returns to the faith won Gladstone’s approval and attracted the attention of radical free tinker Charles Bradlaugh who became a close friend despite their religious differences. She lent financial support to his election campaign and upon his death subscribed six months' of royalties to his memorial fund.

She gained so much notoriety that an anonymous person claimed to be 'Edna Lyall' which she fought by announcing her identity in a book called "Autobiography of a Slander". She wrote both history and romances with the latter being her most popular work. She suffered from heart disease and died at the age of 46. Before her death she donated three bells to a church in Eastbourne, named Donovan, Erica, and Hugo after characters in her most popular books. (The Oxford Guide to British Women Writers)